Motherboard Repair: ATX, MATX, or Mini-ITX? Find Out What Beats the Competition

By Advanced Tech on November 15th, 2022 in general

Anyone interested in building and repairing computers will eventually encounter a situation where they’ll need some understanding of motherboards. For example, a computer has altogether ceased responding. You’ve pinpointed the source of the problem, and it’s the motherboard. But can it be repaired? How much do you know about these things? The situation can undoubtedly […]

By Advanced Tech on November 12th, 2022 in general

Everyone thinks they have the answer when they’ve accidentally soaked their iPhones. Unfortunately, this technology magic rarely works out, and numerous iPhone users with wet or damaged devices find themselves taking the walk of shame to the nearest technology repair store after they try an at-home remedy that fails. There’s no need to feel uncomfortable […] 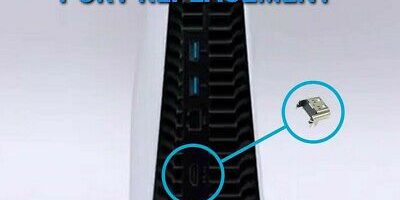 The new generation of Sony consoles also came with a massive size increase and orientation change. Unlike the PS4, the 5th generation stands upright. Due to the tendency for the new PS5 to easily fall over, game console repair companies have seen a spike in requests for services. The most commonly requested service is the […]

The HDMI port in a PS4 and 5 relays the video (and sometimes audio) signal from the PlayStation to a display device such as a TV. Okay so you Broke your PS5 HDMI port !! We understand .. Not every stand or desk is capable of supporting this big beast of a system called the […]